← The State of the Dead
An Image to the Beast →

Posted by The Typist 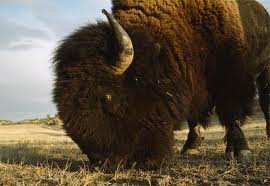 Revelation 13:11 And I beheld another beast coming up out of the earth; and he had two horns like a lamb, and he spake as a dragon.

In prophecy a beast is symbolic of an earthly government. In Revelation 13 there are two beasts. The first beast described in Revelation 13:1-10 is the government of Papal Rome and with her the governments of Christendom that did her bidding. The second beast described in Revelation 13:11-18 is another earthly government which we aim to identify. To understand when this second beast should appear, we must date the verse previous to its appearance. “He that leadeth into captivity shall go into captivity: he that killeth with the sword must be killed with the sword” (Revelation 13:10). This verse was fulfilled when the Pope was led into captivity by the French Army in 1798.  John now beholds another beast coming up out the earth. For the specifications of prophecy to be fulfilled another earthly government must come into existence by 1798. The second beast of Revelation 13 comes up out of the earth. Compare this with the beasts in Daniel: “Behold, the four winds of the heaven strove upon the great sea. And four great beasts came up from the sea, diverse one from another” (Daniel 7:2,3). The beasts of Daniel arose to power through wars of conquest, represented as winds striving upon a turbulent sea of peoples.  However, this beast arises in a different manner. It grows up out of the earth peacefully and gradually, without wars of conquest. It grows up in a region of few peoples, not a sea of peoples. Therefore it could not arise in the crowded struggling peoples of the Old World. It must arise in a sparsely populated region such as the New World, the Americas. There it could arise peacefully and gradually through colonisation rather than through wars of conquest. Who colonised the New World? The British began to colonise the Americas in the early 1600’s. These colonies grew peacefully and gradually for many years until the late 1700’s at which time we should look for another earthly government in the Americas. The British were part of the Papal beast. They were a crown or a monarchy that had supported the Papacy. They are one of the ten crowns of the Papal beast (Revelation 13:1). So in order for British colonies in North America to become another beast they had to break away from the previous beast. They had to become independent of the British monarchy, independent of this crown.

Did the British colonies of North America become independent? Yes they did. From 1774 to 1776 the 13 British colonies of North America overthrew their British governments, fighting the American war of independence from 1775 to 1783. The American war of independence was not a war of conquest. It was not the overthrow of nations like the beasts of Daniel. It was simply 13 states standing in defense of their right against the mother country. The independence of the United States of America was recognised by Britain in the year 1783. Often when other British colonies became independent they retained their ties to the British crown and became constitutional monarchies.  But where this beast is concerned the case must be different.  It is another beast with a distinct form of government having no ties to a crown of the previous beast. But what form of government could this be?  It is a beast without crowns upon its horns showing that it is not a monarchical or kingly form of government. Also, when this beast or government has acts to perform, it says to them that dwell on the earth that they, the people, should do it (Revelation 13:14).  This represents a form of government where power must reside with the people: a republican government. Therefore to fulfill the specifications of this prophecy we look for a republican form of government to appear in the Americas before the year 1798.

In 1783 when independence of the United States was recognised there were 13 states each with their own Assembly. There was no national government, only a Confederation of States. A more substantial government would be required for these 13 states to constitute the beast. American leaders such as Alexander Hamilton and James Madison sought to create a national government. And for this purpose a Constitutional Convention was convened at Philadelphia in 1787. Delegates from 12 of the 13 states attended.

“The Constitutional Convention began on May 25, 1787, when a quorum of delegates arrived at Philadelphia’s Independence Hall, then known as the Pennsylvania State House. The distinguished gathering brought together nearly all of the nation’s most prominent men, including George Washington, James Madison, Alexander Hamilton, and the ailing Benjamin Franklin.” 1

Ratification of the Constitution took place as follows: “Delaware became the first state to ratify, on December 7, 1787. It was followed by Pennsylvania, New Jersey, Georgia, Connecticut, Massachusetts, Maryland, and South Carolina. On June 21, 1788, New Hampshire became the ninth state to ratify, thus making the Constitution legally effective. But without ratification by New York and Virginia, it was doubtful the Constitution could succeed. Virginia ratified four days later, but by the narrow margin of 10 votes out of 168 cast. New York finally ratified on July 26, by a vote of 30 to 27. North Carolina eventually ratified in 1789, and Rhode Island in 1790.” 1

The first Congress under the Constitution met March 4, 1789. In Congress James Madison kept the idea of a Bill of Rights alive. “When Madison reminded fellow members of Congress of the promise to enact a Bill of Rights, his insistence upon action met with some coolness. He kept fighting, however, and presented his plan to the House in June 1789.” 4 After much debate a series of amendments emerged, which Congress passed on September 25, 1789. These became the first ten amendments of the Constitution, also known as the Bill of Rights.

Once the Bill of Rights was proposed by Congress, North Carolina and Rhode Island joined the other states in ratifying the Constitution. North Carolina ratified the Constitution on November 21, 1789, and became the 12th state to enter the Union.  While “Rhode Island was the last of the original 13 states to ratify the Constitution and did so with the narrowest margin, a vote of 34 to 32 on May 29, 1790.” 5 Thus Rhode Island became the 13th state to enter the Union. The Union was now complete and the beast properly formed. To show that this is the beast properly formed, one only need look at the American flag with 13 stripes or the American emblem, an eagle clutching 13 arrows with 13 stars above. These symbols represent the 13 original states that formed the Union.

The Union had been incomplete because the Constitution lacked a Bill of Rights but more particularly, it lacked religious rights.  The First Amendment to the American Constitution supplied the lack stating that: “Congress shall make no law respecting an establishment of religion, or prohibiting the free exercise thereof . . . ” This second lamblike horn that appeared in the Constitution was the power of conscience above civil government. It is the lamblike horn of Protestantism, a gentle innocent lamblike principle of religious liberty.  For this horn to properly arise the states needed to ratify the Bill of Rights and amend the Constitution.

By watching the process of Constitutional amendment we see the rising of the lamblike horn of Protestantism. The exact period of its rise we date from when Congress first met under the Constitution on March 4, 1789 to December 15, 1791 when the First Amendment became legally effective. On that day in 1791 the second lamblike horn pushed its way up.

[6] History of the Reformation of the Sixteenth Century, J. H. Merle d’Aubigne, pg 521.

← The State of the Dead
An Image to the Beast →